The Puzzle Of Motivation

Daniel Pink is an author that specializes in selling books about work management and behavioral science. Some of his most notable works involve his talks about motivation and the various puzzle surrounding it.

Starting off his video with an example to emphasize the difference between business and the science behind motivation, Daniel introduces the audience to the Candle Problem. The aim of the experiment is to prevent a candle from dripping wax when it is attached to the wall. The 2 groups of people doing the experiment were given a box of thumbtacks and a matchstick. One group, however, was told that they were in an experiment to discover norms and would be timed while the other were given money if they solved the problem. Throughout the test, it consistently showed that contestants in the first group were so much faster as compared to those who were given monetary rewards.

Daniel understands the difference between these and realizes that in modern time, our work is similar to the experiment. While workers respond positively to monetary incentives when they were working in jobs that did not involve many cognitive skills, scientists discovered that any kind of cognitive function during work would not only decrease performance when compensated with money but that they took a longer time to perform. This proved to be really frustrating in today’s society because almost every single job that modern professionals are involved in, requires complicated tasks with no easy answer. 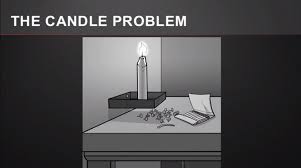 As businesses try to adapt, they are leaning towards more intrinsic motivators in order to push for more results. This includes providing their workers with autonomy, mastery and a sense of purpose. Daniel focuses on autonomy in his talks and believes that the approach towards increasing autonomy is the way to go. Unlike traditional management which aims to increase workers’ compliance by decreasing their autonomy, modern management aims to do the opposite of that. They work around this by providing workers with the opportunity to embark on a project of their own.

Companies such as Atlassian, Wikipedia, and Google all had some kind of a policy which allowed their workers to spend a percentage of their time pursuing personal projects. The results are clear: As autonomy increased, productivity skyrocketed and staff turnover was great reduced. This was especially ground-breaking news especially with the example of Wikipedia destroying Microsoft’s Encarta. Encarta was much like Wikipedia, working as an online encyclopedia. The only difference between them was that Encarta was developed by hundreds of well-paid professionals and managers run by a standard extrinsic motivation management. Wikipedia, on the other hand, was built by unpaid and autonomous volunteers just for fun and the results were astonishing.

The bottom line is, the time of a carrot vs stick approach is long gone, especially in a world where everyone is highly educated and passionate about their dreams. In order for businesses to really succeed, autonomy, mastery, and purpose have to be in the equation in order for something in the next level to be produced.