Google, being one of the world’s largest multinational technology company in the world has transformed radically since it’s starting days. With its main focus being on online advertising technologies, software development, cloud computing and hardware, it has since been incorporated into multiple different areas by having the main parent company - Alphabet. This doesn’t really mean anything, but read on to find out a brief connection between the two companies.

Alphabet Inc was founded by Google’s founders Larry Page and Sergey Brin and serves as a parent company to many of Google’s different industries. This includes Google itself, Calico, CapitalG, and Verily. These industries are not limited to technology alone, but also includes life sciences and research and development. The alphabet was created in order to separate Google from its core internet service business all while allowing it to operate in other internet services at the same time. This is imperative in order to keep Google up to date with the latest trends and innovations in the world, something that many companies fail to possess.

Google started out in January 1996 between two students, Larry Page and Sergey Brin at Stanford University. They talked about creating a better system in search engine ranking by analysing the relationships between websites and named it PageRank. This new system determined a website’s relevance from backlinks as well as the relevance and importance of the pages. It’s original name of “BackRub” due to the relevance to backlinking was soon change to a misspelled word “googol” which meant one hundred zeros, signifying the search engine’s abilities to provide large amounts of information. 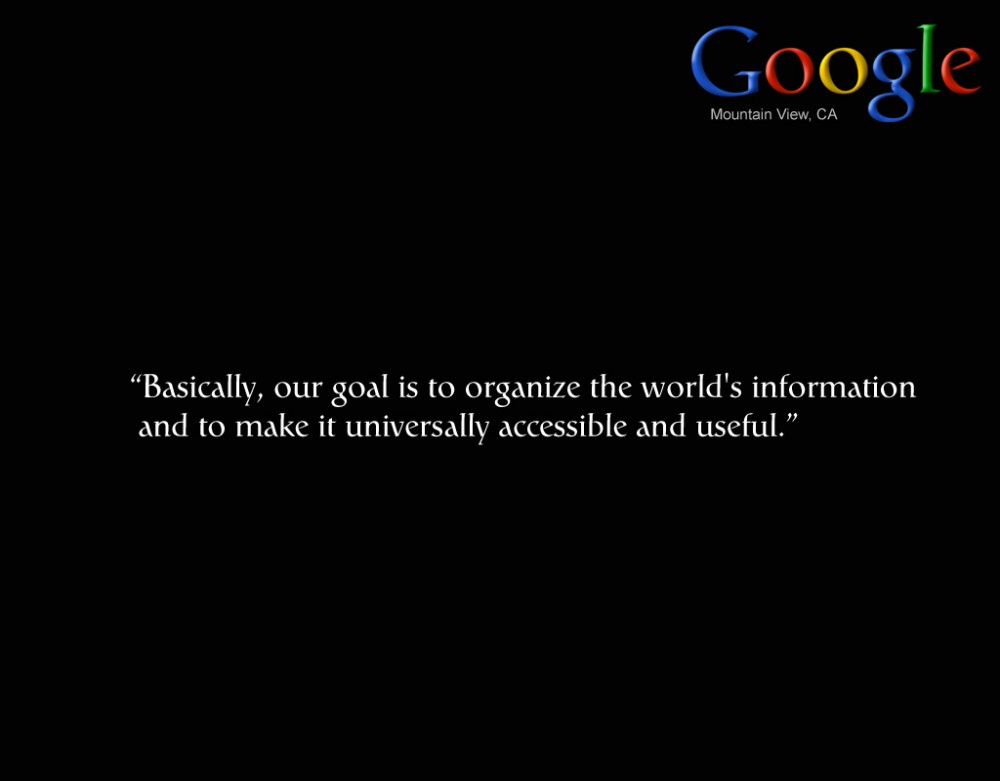 It wasn’t long before the platform took off and advertisements were introduced, remaining to be one of the largest sources of revenues of the company. Productivity tools such as Gmail, Google Earth, and Google Video was launched subsequently, adding to the popularity of the company. Finally, Google went public and with that, came some of the most distinct launches. For one, mobile operating system Android was launched in 2007, sparking off one of the revolutionary operating systems ever made. This lead to probably one of the greatest move to simplify mobile smartphones, paving the way for affordable technology that was uninformed across the world.

The most impressive thing that stood out for Google amongst all the other MNCs was its corporate philosophy of “making money without doing evil”, “serious without a suit” and “work should be challenging and fun”. The company focussed highly on a work-life balance and often encouraged its workers to work on projects that they were passionate about. Amongst their many facilities, recreational amenities are heavily sprinkled across the campuses and includes gyms, locker rooms, foosball, billiard tables and table tennis. Snack rooms are also constantly stocked with various food and beverages that are nutritious. Google has since launched internationally over 70 offices outside of the United States, a majority of them being corporate offices and data centers. Here in Singapore, Google has a regional business and sales headquarter for Asia-Pacific, one that remains to be the ideal role model for MNCs around the world