When the world was first introduced to social media, it was an impressive period where people were able to connect with long lost friends, have the ability to receive news on the fly and even let their friends and acquaintances know about their thoughts and opinions. The consequences of social media were often ignored, or at best weakly brought up to no avail. Yet in the first quarter of 2018, a whistleblower from Cambridge Analytica was the first to notify the world about the immense breach of data and trust between consumers and their information. This, in turn, spotlighted a series of inquiries and managed to get the attention of the world, finally alerting people to the dangers of social media. Today, we are going to take a look at some of the reasons why we should delete our social media accounts amidst the revelation of the dangers they pose.

As a user of social media accounts, it is important to understand how their services and products work before knowing the dangers that they possess to a typical user. Firstly, social media accounts hold your information on a server and process them through algorithms that tailor special advertisements according to your information. Most recently, it has even come to the attention of users that Google even listens through one’s microphones in order to tailor advertisements to customers’ specific wants or needs. 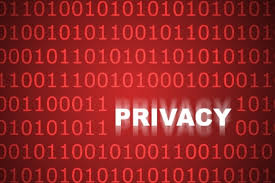 The thing is, in a free market economy, consumers are the drivers of wants and needs. This isn’t all too bad considering the fact that advertisements allow the dissemination of product information, encouraging competition. However, ethics of businesses remain sketchy and companies seek to exploit customers. In comes the bad practices such as affiliate marketing which takes advantage of gullible users sifted through social media algorithm sites to exploit the users. An example would be a vendor who wishes to sell their sham product. The vendor would then reach out to affiliate networks and the networks would then get the affiliates to purchase advertisements from social media sites to advertise the product. Either way, the social media site would always generate revenue, whether or not the intentions of advertisers are good or bad.

Well then, you may think the solution of the problem is as easy as getting social media sites to blacklist advertisers, instead of having you to delete your social media account. The thing is things are always sketchy when it comes to dealings with money. Although there are existing policies to block these non-ethical advertisers, Facebook takes a mixed stand and still promotes their services to these advertisers.

As it stands, corporations are not to be trusted, especially since they are all profit-driven. To really protect yourself against all possible forms of exploitation, getting off social media and deleting your data from it is imperative. Whether or not your data will be deleted from their servers is another story, but at least you have withdrawn your consent to social media sites using your data.