What Is Natural Selection?

Natural selection was a theory proposed by Naturalist Charles Darwin and explains the process by which random evolutionary changes are selected for by nature in a consistent, orderly and non-random way. The theory remains one of the few that has actually impacted the scientific community and lead to new discoveries in the modern world. Before you are able to understand what natural selection is, let us take a look at how it fits into the whole picture of evolution.

Because of this concept, it could be thought that every living thing on this earth descended from a common ancestor and that is known as the common descent. It is only through an extended period of time that there exist different species around the world with varying features and traits. 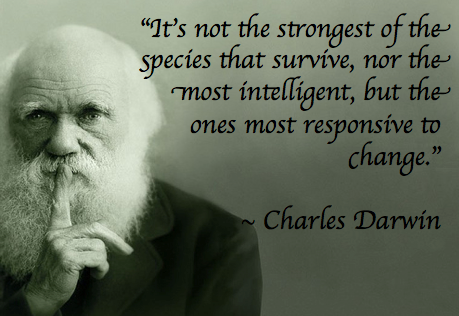 The question, however, is how are these different traits heritable and of what significance are they? Well to answer this question, Darwin termed the mechanism for evolution as “Natural Selection”. Natural selection states that organisms with heritable traits that are in favour of them surviving will tend to be able to produce more offspring and thus their traits will increase in frequency as the years go by. This obviously doesn’t happen overnight and would take generations in order to see the effects arising from it.

The effects of natural selection are for a reason though. Through the different species and fossils that Darwin collected, he realised that natural selection causes populations to slowly adapt to their environment and eventually become apt at surviving in that specific environment. Take for example the original variation of mice. These mice used to live in dark areas and their original colour may be a bright tanned colour and a darker grey. The tanned mice stood out in their environment and were often getting consumed by predators. Over time, the tanned mice will decrease significantly, leaving only the grey coloured mice to produce more offspring, resulting in a higher frequency of grey mice. Finally, over generations of this process of natural selection continuing, the remaining mice that we may see today are grey in colour.

In conclusion, natural selection is a process that depends on the environment, acts on existing heritable trait variations and these variations come from random mutations. Remember that these traits are not “superior” or more cosmetically pleasing to the eyes, but rather are beneficial to the organism in its particular environment. In addition, the traits have to exist in a particular living organism, to begin with or else it wouldn’t be able to be passed on.