Warren Buffet is known worldwide for being one of the richest man alive, and it’s no doubt that many people aspire to be like the man himself. Many people knew the story about how Buffet turned his first dollar into a business by selling chewing gum and eventually owning a pinball machine business and selling it for $1,200. But really, behind all that Warren Buffet had, what does he really stand for in the world of investment? Is he really just another child wonder with a flair for investing, or is there a secret which he has learned from his old master, Benjamin Graham? Here are some of the timeless advice that Warren Buffet represented in all of his investment that you can learn to incorporate into your investing portfolios.

Investments such as stocks are a reflection of the company

Warren Buffet stands by the company which he invests in, a crucial lesson he has learned throughout his many years of investing. Many investors fail to think of the stocks they are playing with as actual businesses even though those are what they really are. Stocks aren’t just mere papers or online data being traded in real time, they really are the very life of a company. When people start to see their investments as actual businesses, then buying these investments would mean being an actual shareholder of the company. This thinking not only solidifies your belief in the company, but it prevents you from making the crucial mistake of being over emotional in grave times. One would also learn to analyze details in greater clarity and thus buy and sell decisions are further put into greater thought. 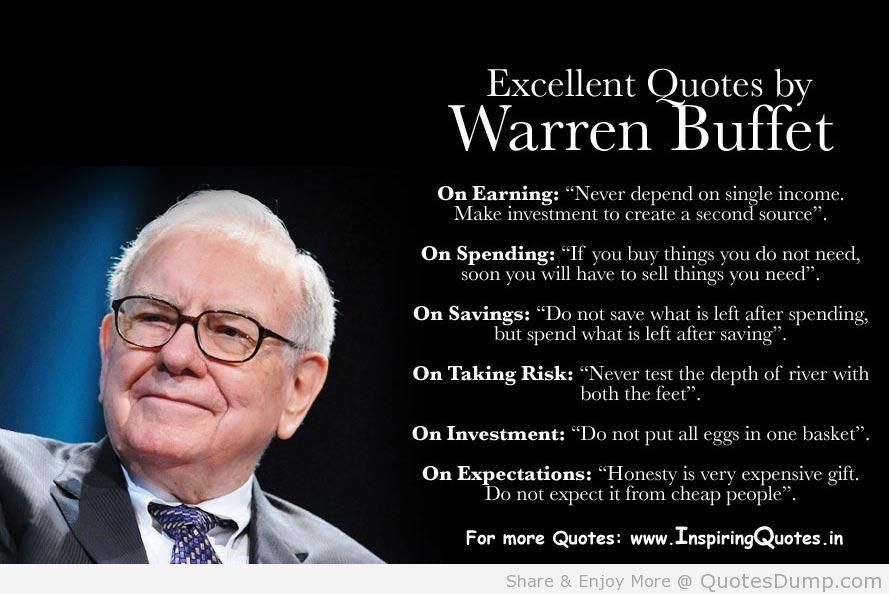 Warren Buffet analyses all his investments in the form of probabilities. He strongly advocates that people think in terms of probabilities when going forward into their investments instead of plainly seeing stock prices for what they are. For example, one should focus on the economics of their company and weight it together with the probability of certain events occurring in the current market. In this way, one will not be easily shaken by short-term fluctuations in the market.

The biggest enemy in everything is always you. Know yourself and how you fare when investing and you will conquer the investment market. Everyone has their own temperament and takes when investing. You could very well be an active or passive investor in the market, each having their own benefits and risks. This particular lesson was taught to Buffet by his teacher Benjamin Graham and has been practiced by modern investors for a very long time. Simply put, time and work equals to reward. If you invest more time in your research and homework, then your returns when investing is bound to be more than one who spends lesser time researching. Take your pick and know what type of investor you really are and opt for the type of investments that suit your lifestyle.