Unabomber: How the FBIs Longest Investigation Was Closed

Before the Unabomber was known as a domestic terrorist, he was known as someone else altogether. Ted Kaczynski was a mathematics prodigy and known by his peers and family as easily one of the smartest guys in the room, although socially inept at times. Growing up in a simple working-class family, Kaczynski was long known to be “an old man before his time”. But this tragic story may not be all it seems, so let's delve into the history of Ted before his ultimate transformation into the Unabomber.

From the very start, Ted had been thrown a bad hand of cards. When he was still a baby, Ted had contracted hives and was placed in isolation, after which his mother claimed he showed little emotion for months. Following that ordeal, Ted was constantly bullied by his peers in school when he skipped a grade and didn’t fit in. The path of an academic is tough and lonesome, and that very much applied to Ted. Following his prodigious academic endeavours, Ted was soon given a scholarship to Harvard, where he was subjected to one of the most transformative experiences in his life.

There, Ted participated in a brutalising psychological experiment where subjects were belittled for their opinions and believes. The attacks were of a vehement and “purposefully abusive” nature, something that many agreed, played a major role in Ted’s transformation into the Unabomber. Ted participated in the experiment for a total of 200 hours. 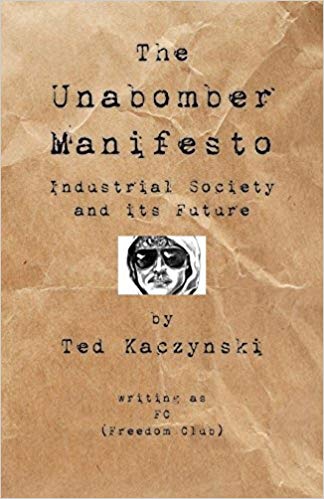 After resigning abruptly from his teaching career, Kaczynski started down towards a downward spiral. He started first by attempting to be self-sufficient in nature, living by tracking down edible plants and hunting with primitive technologies. However, after he realised how nearly impossible it was, due to the destruction of wildlife around his living quarters, Kaczynski embarked on his series of domestic attacks in his mission to bring down the industrial and technological systems.

Sending a total of 16 bombs over 17 years, which injured 23 people and killed 3 others, Kaczynski was notorious for the bombs he made.

Finally, in 1995, Kaczynski mailed several letters to the media, demanding that his 35,000-word essay be published, after which he would stop his acts of terrorism. Included in the letter were his ideology on how technology has and will continue to destabilise society, causing widespread psychological suffering amongst the human race. Amongst which, he explains his disdain for leftism and criticises conservatives, stating that drastic changes in technologies would inevitably erode traditional values. Unfortunately for Kaczynski, it was in his letters and writings that gave away his identity.

FBI agent Fitzgerald remembered how he thought Kaczynski had made an error when he used the phrase, “You can’t eat your cake and have it, too” as opposed to “You can’t have your cake and eat it, too”. However, much to his surprise, the former was right and that together with the help from the Unabomber's brother, helped lead to the arrest of Ted Kaczynski. Today, Ted is sentenced to life in prison with no chance of parole where he continues writing and corresponding with many around the world.