The Harmful Effects of Overdosing on Coffee

Coffee is, in fact, caffeine powder and one of the world’s most widely consumed psychoactive drug. Because of the nature of coffee, it is largely unregulated and legal around the world. The problem with this is that since coffee doesn’t have any legislation, it remains to be one of the few psychoactive substances that are easily abused. The compound itself can be found naturally in seeds, nuts, leaves and a number of plants, but most of the caffeine is obtained from coffee beans. Many drinks such as cola and tea contain a minimal amount of caffeine.

How does Coffee work?

Coffee works on a molecular level and starts kicking in around 30-45 minutes after ingestion. Once ingested, caffeine passes through your bloodstream and takes effect in your brain. The first thing you have to understand about how caffeine works is that there exists a molecule known as adenosine. When adenosine binds to enough receptors in the brain, it signals to the brain that it is time for sleep.  What caffeine does is bind to the adenosine receptors in the brain cells and prevent adenosine from binding to the receptors, in turn allowing the drowsiness you feel to dissipate. 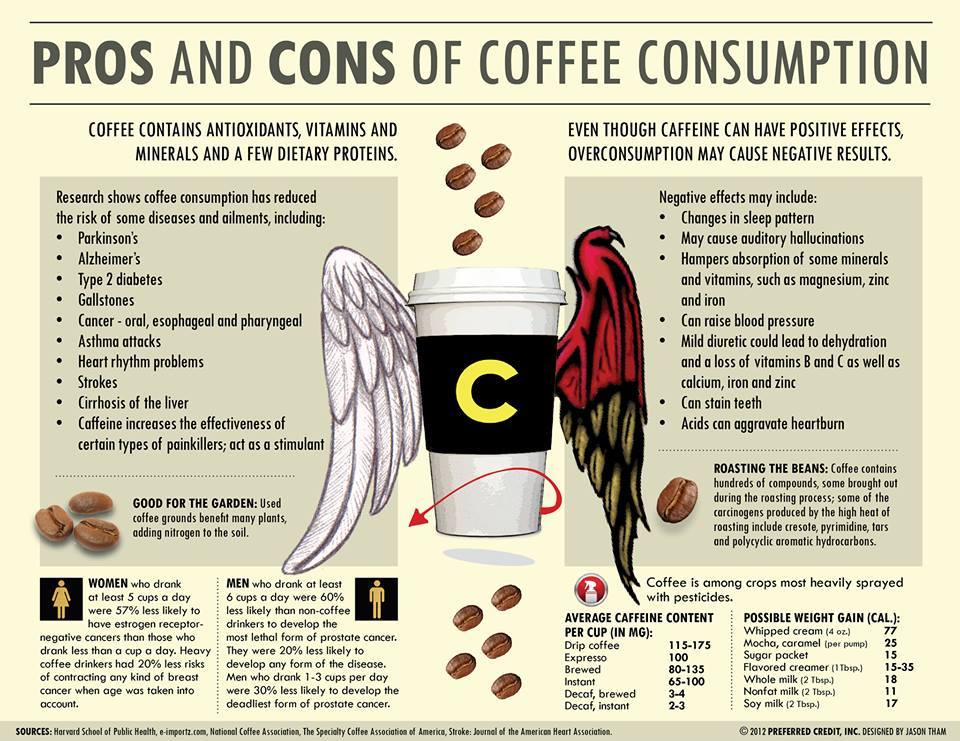 What Happens When We Overdose on Coffee

We have to understand that when consuming coffee, the dopamine system in our brains are enhanced, allowing us to feel good for a longer period of time. In addition to this, the adrenaline released from the adrenal glands causes us to feel all mighty and alert, giving us the illusion that we can take on the world. When we overdose on coffee, all that adrenaline in our body causes us to start getting restless, nervous and full of excitement. This excitement can be involuntary and present itself in the form of muscle twitching, rambling of thoughts and speech, hallucinations and heart palpitations.

With that being said, how much do we need to consume in order to overdose on caffeine? The answer is actually rather vague because it depends on each individual’s tolerance to caffeine. On an average, adults are recommended to consume lesser than 400mg of caffeine daily, although this amount is subjective.

Although there are benefits associated with chronic caffeine consumption such as reduced risk of Type II Diabetes, it is probably recommended for the majority of us that rely on caffeine to keep us awake to cycle the psychoactive. Long-term chronic drinking of coffee will eventually be tolerated by the body. To counteract this, simply take off days when consuming caffeine.

In conclusion, the harmful effects of coffee can be really dangerous if taken incorrectly, so it is advised that you as a reader take careful controlled doses. Meanwhile, if you’re obtaining your caffeine from powders, always use a measuring spoon to measure out the caffeine. Powder can be an inexpensive way to get your caffeine fix but are one of the reasons for accidental overdose.