Parents of Successful Kids have these things in common

Every parent in the world wants their child to do well and succeed. The problem with that is there isn’t a fixed method as to how they should bring their child up. Each individual is unique and personalities of their children are always different. However, psychology research has pointed out that there lies quite a number of attributes that contribute significantly to how a child would eventually turn out. Today, we take a look at five of these things that most successful kids have performed in their childhood.

They Make Their Kids Do Chores

Parents that make their child do chores are able to raise a child that is more empathetic to the needs of others. The child grows up understanding that everything in the world requires work and that if they did nothing, then there would obviously be no results. Former Dean of Stanford University Julie Lythcott-Haims believes that kids raised on chores go on to become better employees in the workforce due to their independence and empathy.

They Have Healthy Relationship With Each Other

Kids that have a healthy relationship with their parents are statistically speaking more inclined to perform better in life according to a recent study by the University of Illinois. While it could be attributed to the conflict influencing the child and spreading negative behaviors to them, the link between why kids in a low-conflict family performing better in life is not as clear.

They Have Attained Higher Educational Levels

Parents that have attained higher educational levels in their lives were also more likely to raise children that did likewise. This could perhaps be attributed to aspiration and the expectations that parents have on their children resulting in the increased pressure of the child to do well. Of course, this could be said so in Singapore where parents are always hoping that their children are on top of the education game. 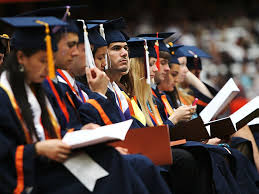 They Value Effort Over Avoiding Failure

Something that researchers have found out is that the way kids react to compliments and how their parents teach them changes their mindset as the child grows up. Society encourages a fixed mindset, one that doesn’t value failures and instead focusses on success. Parents that bring up their children with the mentality that failure is essential in order to succeed will help them to develop a growth mindset, one that will eventually catapult their children’s ability to learn.

They Teach Their Kids Maths Early On

Something that the Singapore government has realized and since implemented into the math syllabus in primary school; Parents that teach their kids math earlier on in life tend to see their kids doing better in the future. Not only does math develop the brain, but it trains the child to be focused.