Money Trap from the Banks

Have you ever wondered about all the debts you are paying just to survive? Your mortgage debt, car debt, maybe even a renovation loan 10 years after purchasing your house despite not paying it in full. In fact, if you do a simple search, you’ll realise that the whole world is in debt, with a total global debt reaching up to $59.7 trillion. But more importantly, what is this “money trap from banks” that has caught the attention of the world back in 2013, yet is seemingly forgotten in today’s context?

In September 2013, Yale Law School Graduate Karen Hudes blew the whistle on corruption that was occurring within the World Bank. As a Senior Council, she was able to see how the global elites ran the system in the world and how they dominated people with a simple instrument – debt. 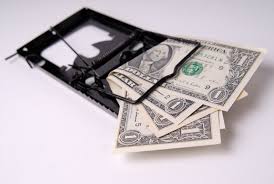 According to Karen Hudes, the World Bank enslaves people in debt with their campaigns in the media and its portrayal of how normal it is to actually borrow from the bank. Along with that, high credit limits despite one’s poor ratings being issued out freely remains a perennial problem in the US. Although Singapore’s monetary authority is more stringent in its checks, is it too far off to imagine a world controlled by the bank?

Here in Singapore, where there is a rising cost of living along with sky rocket prices of cars and housing, many young adults are faced with three options: either live with their parents, rent a house that will drain them of up to half their salary or purchase a new unit but live with debt for the next thirty years of their life. Unless your parents were terribly well off and sponsored your first house, chances of you buying your first house in Singapore debt free is going to be slim.

But what does that mean? Well, living in debt essentially means that you have to continue working and contributing to the economy for until your debt is paid up or risk being thrown out of your own house. There is no sympathy by the government here in Singapore, and the most you’d get is a subsidy. Not only would you be paying more money over the years, your savings are essentially depleted from paying off your debts and one unfortunate event could throw your life upside down.

The money trap from banks are inevitable, but you can do your part to refrain from falling into the “non-necessary” ones. Ones like a renovation loan or your credit card debt can be easily circumvented by controlling your spending instead of buying things on impulse. Take the time to plan your expenses and always think twice before going forward with loans unless they are really necessary and essential to your long-term goals in life.

Everything on Earth is never inherently evil, and the same can be said for banks and money. A trap is not a trap if you don’t fall for it, so try to avoid making such mistakes if they are not essential in your life.