Have you ever wondered how others learned? Or what was it that made some learn at a much faster rate than others? Well, the answer to that is in fact learning techniques. There are many techniques around, many of which you may have already be practising subconsciously in your studies. But more specifically, we will be covering the Feynman Technique today. This particular mental model was named after Richard Feynman, a Physicist who has won the Nobel Prize and was always curious about the world. In short, the Feynman technique is all about remembering things by simplifying the concept to such a low level, that even kids can understand them. It’s all about understanding a concept so well and easily that it makes it hard for you to forget. So, without further ado, let's start with the Feynman Technique.

Start by choosing a concept you wish to learn. That concept could be anything ranging from quantum mechanics to even the simplest things like algebra. It doesn’t matter if the concept is relatively long and choppy with multiple portions (such as programming languages). You could always split things up into different sections. Once you’ve gotten a concept in mind, start to explain it in the simplest way possible.

Think of something that kids will understand. Don’t bother using difficult terms. In fact, find something that is not only easily digestible but accurate as well. So if you’re thinking of explaining things like why water is fluid in motion, then break it down into terms like water is made up of smaller pieces known as molecules and so on. 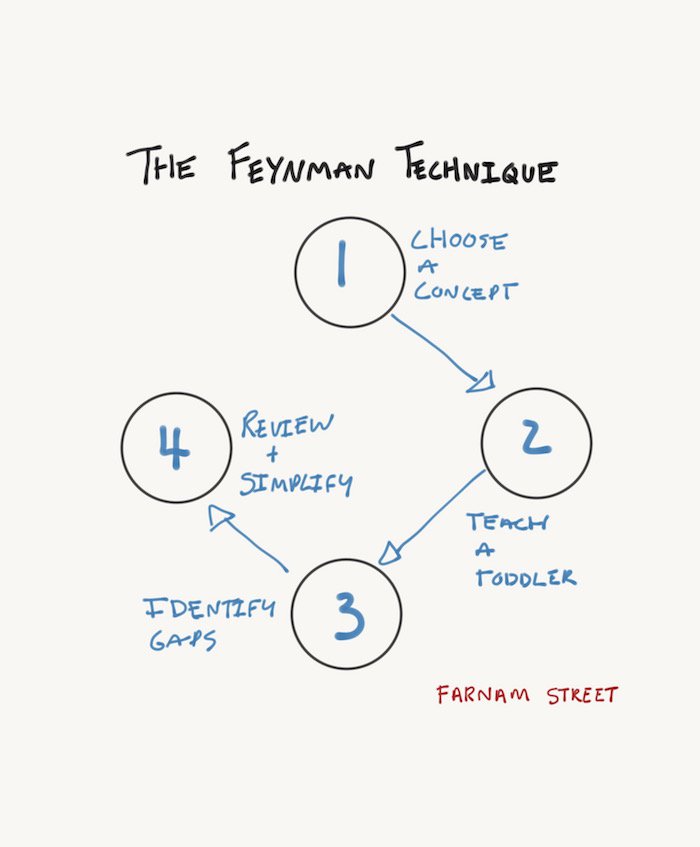 Once you’re done attempting to explain the source material it’s time to start patching the gaps in your knowledge. Memory alone isn’t the only things that are preventing you from grasping the whole concept of the material. You have to truly break it down and understand the things you’re reading. Go back and reread the areas which you are unsure of until you can fully understand the concept. Once you’re done, move on to the next step.

Third Step – Paraphrase the Materials and Use Analogies

The third step is to paraphrase the material to reduce the length of your topic along with using additional analogies. Analogies are useful for helping yourself further simplify the concept while a more concise summary of your understanding will make the text easier to digest. The better you get at linking your old and new knowledge, the faster you will be able to connect the dots in your mind.

Final Step – Go Over the Concept Once More and Simplify It

Finally, go over the concept one last time and check for any gaps as to how to simplify the concept. Your end product should clearly give you an idea of the new concept you’re learning, all without removing the core essence of it. That’s it! With practice, you’ll be able to combine this technique with your school notes and further enhance your learning experience!