The bystander effect is one that many of us has experienced before in our life, one that has scientists gathering up reasons as to why this peculiar behavior is actually being observed in society. In short, individuals are less likely to assist a victim or one in need when there are bystanders in the near vicinity. Some of the main reasons why this is so have been attributed to ambiguity, cohesiveness as well as a diffusion of responsibility.

First discovered in 1968 after the unfortunate murder of Kitty Genovese in 1964, researchers were keen to see if this result could be replicated in society. Unfortunately for them, it became one of the strongest and most replicable effects ever recorded in social psychology till today. The researchers started off by framing an emergency situation and measuring how long it took participants to intervene, should they even intervene at all. The results differed as much as 30 percent, as can be seen when 70% of participants assisted a woman when they believed her to have fallen or been injured but only 40 percent offered help when the room was populated. 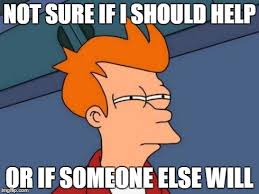 Researchers have since given a few reasons that seem to hold true for the varied responses. Emergency versus non-emergency situations, culture, ambiguity, consequences, group cohesiveness and diffusion of responsibility are all main reasons for which why the responses in the reaction are so great. Many people in today’s society would judge a situation by seeing if it is a serious emergency before responding. Adding to that is the culture of the society such as the western as opposed to the eastern. In an eastern society where people are more reserved and focussed on their own affairs, they may hesitate to offer assistance for fear of public resentment. This is vastly in contrast with the West where people are perceived to be more gregarious and altruistic. Separately, group cohesiveness plays an important role because people tend to behave more politely to people that they are acquainted with. Finally, diffusion of responsibility is a trigger point, especially in today’s society due to the fear that they are either not qualified enough to assist or be possibly charged with legal consequences for dangerous assistance.

Regardless, all of these negative effects seem to plague a country like Singapore harder than usual. Singapore being largely an Asian country with Asian cultures yet infused with modern values of the West thanks to the proliferation of the internet remains to be a polarized nation where the bystander effect wanes on very different levels. True, the youth in today’s society is more than willing to help, but very often Asian values such as being reserve and minding of one’s own business are so deeply ingrained that they hesitate to take action. Of course, it is believed that this cultural barrier would slowly erode as the years go by but as at the current moment, our next generation would still have more to learn.