The Big Short: Hidden Truths That The Movie Reveals 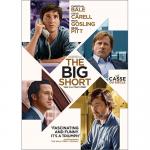 With a focus on the world financial crisis of 2008, The Big Short is a movie that shows how people managed to make a fortune during this financial disaster while millions of others lost their money. Based on a true story by Michael Louis, the film’s main characters are actual Wall Street investors and bankers who made smart decisions to earn money before the crisis.

In 2005, Michael Burry, the manager of hedge fund Scion Capital, somehow predicted an instability and the fall of the United States housing market. Hence, he envisioned a chance to make a profit by creating default swap market for housing. This resulted in him getting some attention from Wall Street workers and also having some bankers suspect him of playing foul.

Two questions that arise are: how did this hedge fund manager help his fund earn 1 billion dollars during the financial crisis? Also, why were the banks willing to do the swap with him? The answer is easy – Michael Burry managed to invent this financial scheme with the help of the lessons he learned during his lucrative career and some hidden truths that The Big Short reveals. Read on to discover what they are.

Michael Burry predicted the financial crisis when he stayed in his office for hours and scrutinized the details in thousands of document pages. At the beginning of the movie, Burry got his employee to gather the information about all the credits. In order to do so, Burry’s employees had to go through thousands of documents.

Because Burry obtained this crucial information by paying attention to details, he found out that there were many defaulters in the mortgage back loan. Hence, he could foresee the financial crisis.

Present difficult things in an efficient and metaphorical way

How does one convince the investor to play against the rules of the market – especially when said market has a solid reputation of being stable?

In order to illustrate his point, Jared Vennett made use of Jenga, which is a game where players build a tower with little wooden bricks and then take turns to remove these bricks one by one. As Vennett presented numbers and facts, he accompanied his words with the removal of Jenga bricks in order to bring his point across successfully. By doing so, he was able to explain that the mortgage bonds would become problematic once 8% of the borrowers didn’t pay back.

It is obvious that by using Jenga, Vennett was able to convince the investor much more than when he drew the same schemes on the blackboard. Thus, it can be concluded that it helps to be creative and metaphorical when illustrating a point. 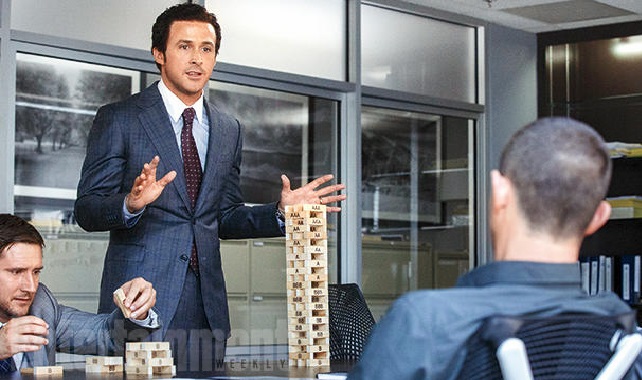 Do not focus too much on your competitors

“How stupid they are!” exclaimed the movie’s main characters, when they attended an annual conference in Las Vegas. During their conversations with members of the mortgage bonds market, they discovered that no one could see the financial crisis coming. Mark Baum’s team wanted to better understand their competitors and figure out their strategy. However, they later realized that their competitors weren’t even thinking about competition. Hence, the lesson from this is to not focus too much on your competitors but instead, to use the time and energy to focus on building yourself up.

Change is the only constant

When Michael Burry proposed to create a credit default swap market to some banks, most of the people were dead sure that Burry would pay money till the end of his life. This is because the market was one of the most stable ones. However, in 2008 the financial crisis occurred, and Burry’s fund value increased by 489% with an overall profit of over $2.69 billion.

Never assess a deal solely according to what benefits you would get out of it, but also realize what the deal maker would get and how he could potentially cheat you. Despite the fact that everything is based on mutually beneficial cooperation, it is important to be cautious and attentive because when something is too good to be true, it is very likely too good to be true.

Discover what goes on in the mind of a genius as Michael Burry shows us how logic prevails gut feeling in The Big Short. Get your copy at Book Depository now.

Joshua Robinson is an American writer and journalist. He was born on March 3, 1979. Joshua visited more than 37 countries and wrote three books about his travels and adventures. In 2012, he started to work as a blogger at https://samedaypapers.com/, and since that time, thousands of people read his posts every day