The Best of Barack Obama 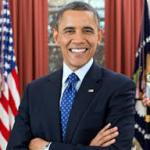 Life of Obama Before He Became the First Black President

People knew Barack Obama as the first African American to serve as a president in the United States, and even won the second term in 2012. But what they didn’t see was his life before becoming a president and how he built upon his skills in life.

Obama was first a community organiser before becoming a civil-rights lawyer and subsequently a teacher. His spent his childhood living with his parents and enrolled in an ordinary school where he later learnt to be conscious of the effects of racism and what it meant to be African-American.

In his early twenties, Obama didn’t let learning stop, and not only had a college degree in political science, he got a law degree from Harvard. Subsequently, he began his journey into politics after his brief stint as a civil rights lawyer and a part time teacher at the University of Chicago Law School.

What Drives His Success

It wasn’t chance when Obama was nominated as the president back in 2008, and it definitely wasn’t luck when he was re-elected again in 2012. Obama was a skilled politician with strong work ethics and character traits which allowed him to blossom into who he is today. Below, we discuss some of the factors that drove success into the first black president in the history of united states.

Knowing the facts and getting to the bottom of everything – Obama was thorough in his work and research, never once allowing his personal convictions get in his way just because it was in a moment of heat. His brilliant opinions and facts that he has to back him up are able to get his points across both succinctly and accurately, resulting in his ability to target root problems of issues.

Great listening and oratorical skills – People remember Obama’s speeches because they work, plain and simple. “Yes We Can!” would be what he says and what the crowd chants enthusiastically as he delivers his flawless speech. Obama could do that simply because he listened to the problems the people were saying and delivered the solutions with his charismatic approach.

Why Public Speaking Skills Are Important

Now public speaking skills are one of Obama’s key assets that aided in his rise as well as his hold over his presidency. It not only benefits yourself, boosting you with increased confidence, it most importantly makes you comfortable to approach big crowds. & if that isn’t enough for you, you’ll realise that one day, a position of leadership would be given to you and public speaking is one of the few efficient ways to get your message across. So stop hesitating on improving your public speaking and do it now.

How Is Knowing Facts More Important Than Assuming

For one, knowing facts give you credibility and credibility is very important in the real world. Your words hold you accountable even if you don’t realise it and being factual in your arguments or speeches will only save you the hassle of having more trouble.

Besides, facts are intricately linked to logic and presenting facts to others will not only land you points, people will be able to understand where you’re coming from. As such, try to steer clear from assuming when dealing with important situations, otherwise you may end up making an “ass in you and me”.