On October 13, 2016, one of Thailand’s royal Kings passed away peacefully after battling various illnesses due to his old age. King Bhumibol Adulyadej was the world’s longest reigning living monarch and many Thai people grieved over his death. Streets are still being filled to date with citizens in black overall, and a somber mood has befallen the country. The death of a King amidst the sea of chaos that has plagued the country after its latest coup seems to be the final straw that will rock the country’s stability in this age. But why exactly was King Bhumibol such a well-loved king, and what impact did he truly have on his country?

King Bhumibol was never really the heir to the throne. His brother Ananda was, in fact, the ideal choice to ascend, but much like how nothing ever goes right in the world, Ananda was unfortunately assassinated. Bhumibol who was then still studying engineering in Switzerland had no choice but to be the next royal ruler and thus changed his course of study to political science.

Bhumibol was extremely well-loved by his subjects and people simply because of his humility that he possessed. Not many people born to royalty lived like he did, frugal, humble and free from the trappings of the life of a royal. After Bhumibol took the throne, his lifestyle did not change, and he continued to rule with one goal in mind – enhancing the quality of life for his subjects. 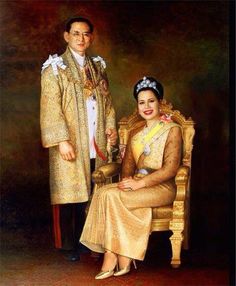 His very first project involved touring around the whole of Thailand, traveling from provinces to rural areas where even some Thai locals have never been. There, Bhumibol would spend his time listening to the voices of the concerned citizens with a pen and paper in his hand. He answered their doubts and was the solitary figure in their times of need. After listening to the concerns that the villages had, Bhumibol would then go on and put to use his knowledge of engineering to develop projects that improved the life of the poor people in Thailand. Some of the projects included the Royal Project Foundation in Chiang Mai, the shrimp farm aerators as well as cloud seeding techniques to boost rain supply during droughts. Not to mention, rural medical care was largely improved on, with his daughter taking over the reins of most of the current operations

All of these acts took up the majority of his life, devoting his years to improving the needs of his people without asking anything in return. Not many people, especially leaders or those in power possessed the dedication and effort that King Bhumibol had. To add to his popularity, King Bhumibol was an avid Jazz musician and photographer. It made him relatable to the ordinary people and further bolstered his popularity as a human being. The people saw him as a human, not a God or a King, but a human with a heart to care for the greater wellbeing of the humanity in Thailand. And that deserves respect, regardless of whether you’re a Thai citizen or not.