Lee Kuan Yew: One Mans View Of The World

Ruling a country is never easy and requires a certain steel and strength in your soul. The first Prime Minister of Singapore Mr Lee Kuan Yew is the very definition of what a great leader looks like and is an epitome of resolve, strength and intelligence. Lee Kuan Yew’s One Man's View of the world lets you take a peek into the man’s very mind, allowing you to see things the way he does, and experience the thought processes that goes through his mind. Adding to that, his experience and depth of insight shines through his comments in this book, as he gives his opinions on some of the issues the world faces, along with his take on life. This book contains raw, unfiltered thoughts of the man himself, without any geo-political agenda, as Mr Lee ponders about various societies in the world and comments on the leaders of different countries.

Throughout the book, Mr Lee has continued to show traits of a leader, having seen himself as a pragmatic leader that does what has to be done. Without a regret for his past actions, Lee cements his thought processes through the various interviews he has done with journalists, including that of his belief in eugenics. Seeing that the book is merely his perception of the world, one may not find evidences to back up the claims that Mr Lee has put up, reminding the reader yet again, that this book albeit brutally honest, is just mere opinions of one man. 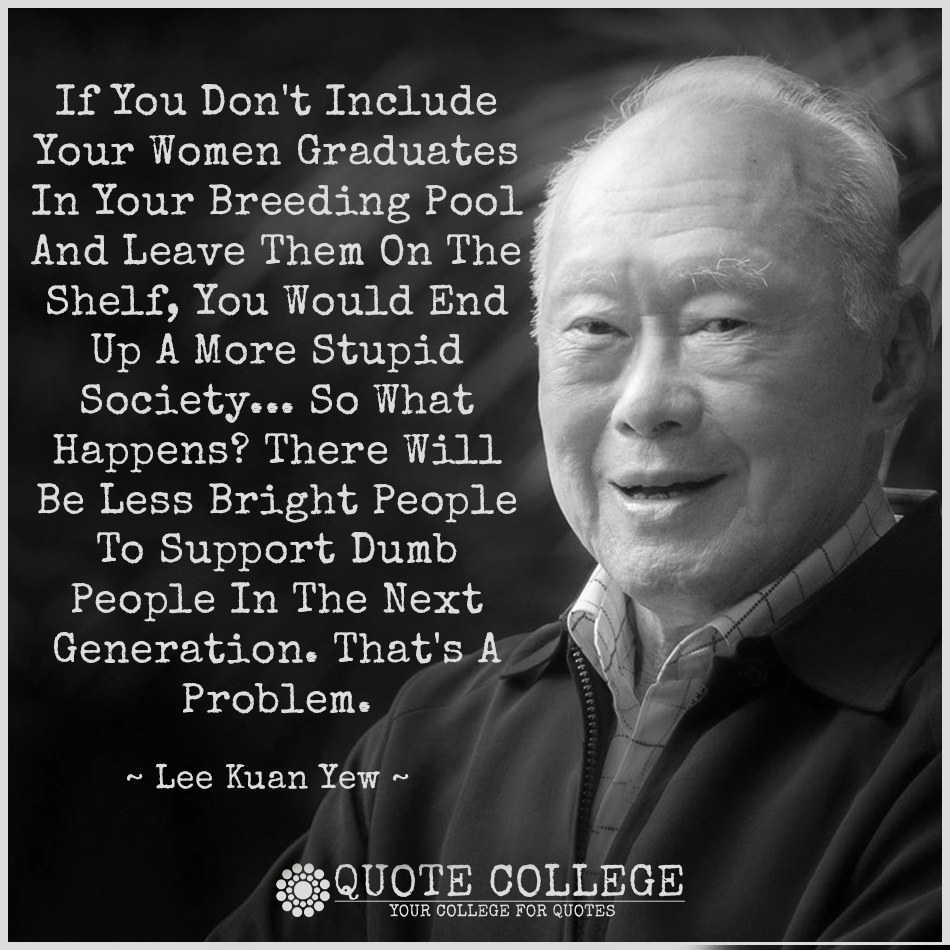 If you’re a younger reader, then One Man’s View of The World is one that you can consider, especially if you are keen on knowing more about Singapore’s position on foreign policy issues. Singapore, as an independent nation-state, plays an increasingly important role in world politics, especially since it is a global hub for countries and tends to stay as neutral as possible. It is to be noted, however, that Singapore relations with countries in the Middle East are not explicitly stated as Mr Lee deems that region too far away to affect change in Singapore.

In conclusion, Mr Lee’s book should be read by all Singaporeans at least once to at least grasp an inkling of how Singapore was created under the leadership and thinking of him. Despite the criticisms that many may point out regarding Mr Lee’s leadership, one thing is for sure – the man remains to be one of the grittiest people that ruled Singapore and is dedicated to his convictions. After all, building a pluralistic society that is still tightly controlled by the government is a feat indeed, and views would always differ. A final note, however, is not to expect much academic writing from this book, or even an abundance of evidence to the statements that Mr Lee has made. This book, after all, is merely a viewpoint of how one man viewed the world and managed to transform a nation into a bustling world-class city.