Despite being published in 1969, The Peter Principle is a book that explores a concept in management which is still relevant in the modern workplace.

Based on the fact that employees are promoted as long as they work competently, the Peter Principle highlights that people in a hierarchy tend to rise the ranks till they reach a point where they are “incompetent”.

On the surface, the particular employee might appear to not be able to meet the demands of the higher-ranking position. However, this could simply be a case of that position requiring a different skillset that the employee might lack. For example, a good salesman might have outstanding selling skills and get a promotion to a director role, which requires organisational skills that he does not possess.

This unfortunately leads to lower morale due to a lack of promotions after a while and also, the inability to perform well in a job that enables the employees to work with their strengths. As a result, it hinders overall workplace productivity. 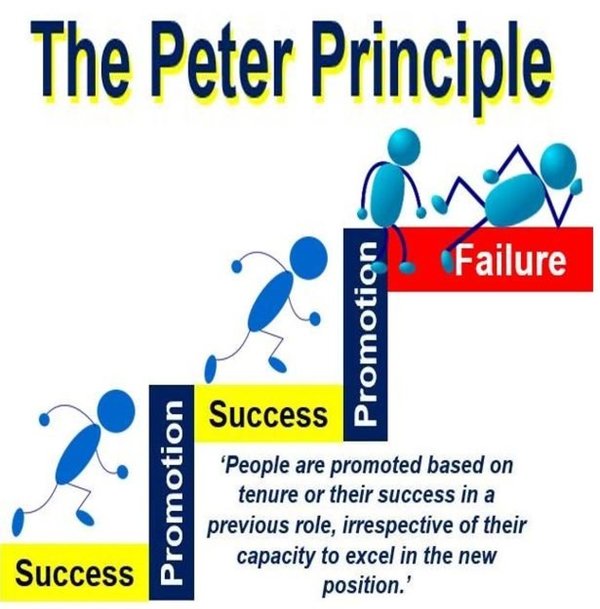 Although the book was intended to be satire, it ended up gaining popularity because it raises a valid point about the shortcomings of promotions within hierarchical organisations. The Peter Principle is also often discussed via subsequent commentary and research.

An interesting question the book raises is whether the human species would be able to stand the test of time or become extinct once it hits its level of incompetence when technology advances. As it gradually replaces human beings at work, will we eventually reach a point where we are irrelevant?

Expect to dive in to examples of the Peter Principle in action, learn about how apparent exceptions to the principle can get debunked, as well as the push and pull methods of achieving promotions, among others.

Want to explore further? Grab your copy of The Peter Principle from Book Depository today!